Rebel Inc is a simulation game in which players will fight against rebellions to end the insurgency. It involves military and political strategies. The game is set against the background of the post-war era, however, it will never be the end of the story. There are still numerous hidden turbulence and conflicts within the country. Therefore, the nation needs someone to stabilize the situation. As a capable leader, you should manage both military and political affairs at the same time, meanwhile, you are supposed to win the heart of your citizens by your deeds. Apart from juggling with those domestic affairs, you also have to deal with warfare against insurgents that try to usurp the power. Developed by the developer of “Plague Inc.”, Rebel Inc. is another game series featuring engaging and challenging plots. The game has got its inspiration from real-life domestic and international conflicts.

1. Players should be responsible for suppressing rebellions in 7 different regions.

2. The game presents original and innovative tactics and strategies in terms of how to counter insurgency.

3. Players are challenged by tasks of funding for initiatives to support and strengthen the government.

4. The world presented in the game is super authentic and detailed on the basis of comprehensive research.

5. The game is equipped with Artificial Intelligent to support its strategies and tactics.

6. Players can make decisions that will influence the algorithms of the game.

7. Players can manage 8 characters of governors to use their disparate skills.

8. The game is user-friendly due to its focus on the tutorial system.

9. Players can safely save and load the progress of the game.

1. The game sensitively deals with its references to real-life domestic and international conflicts.

2. The developers of the game have cooperated with a variety of leading roles in areas of politics, business, news press, charities, and governments to conduct comprehensive research to develop the game.

3. This game has done well in-game localization and has been translated into different languages including Chinese, Korean, Japanese, French, Russian, etc.

The game is based on comprehensive research conducted by developers together with leading roles in many industries, such as politicians, journalists, businesses man, and so on.

Players will be challenged with multiple tasks of managing domestic affairs and stabilizing rebellions at the same time, which is challenging and interesting.

This game allows players to make all kinds of choices in terms of characters, regions, etc.

4. No need for internet connection

Players can enjoy the game without worrying about the internet condition.

The game is user-friendly and makes it comfortable for new players to start the game under its detailed guidance.

At the beginning of the game, as a leader, it might be hard for players to understand. For example, the orders they make to their subordinates.

The strategies and tactics of the game might be way too complicated for players to handle.

As a strategic simulation game, Rebel Inc. requires players to exert their wisdom to make different tactics in order to win the heart of the people and defeat the insurgencies. Starting with a detailed tutorial, the game increases its difficulty with the progress of the game. The game is not really a time killer, but a heavy-loaded task for players. So it is not recommended to those who have already been tired enough and only want to relax. For the rest of the people who are looking for challenges and a sense of achievement, the game is definitely a wise choice. 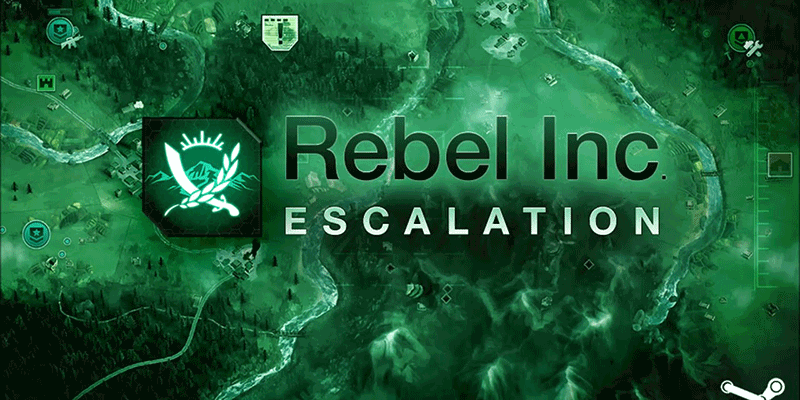 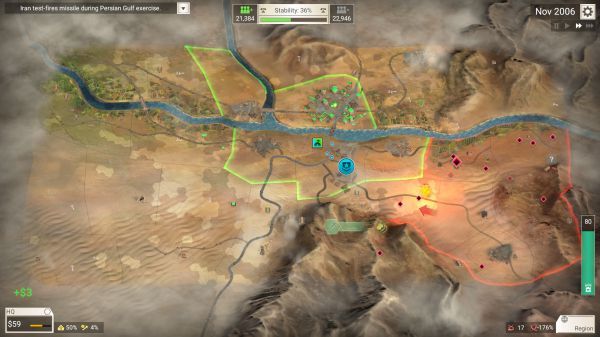 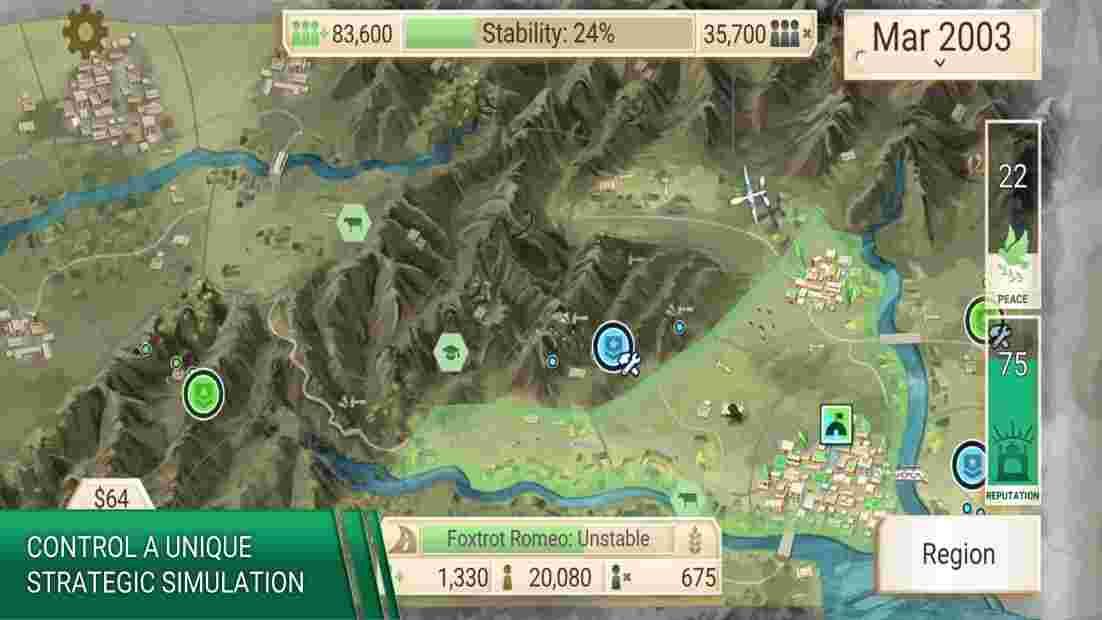 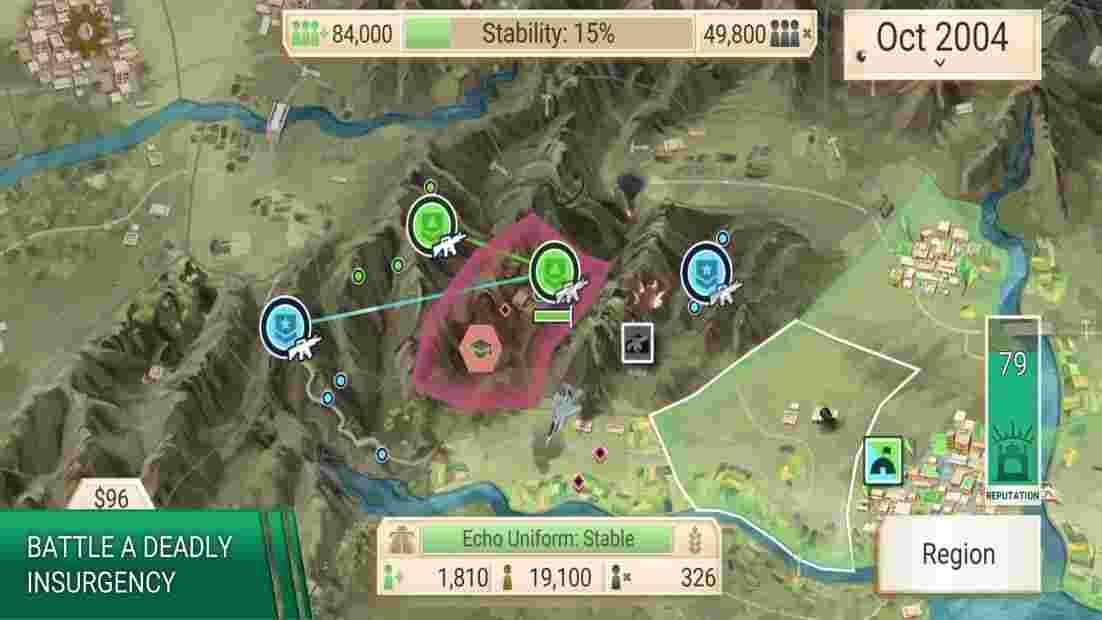 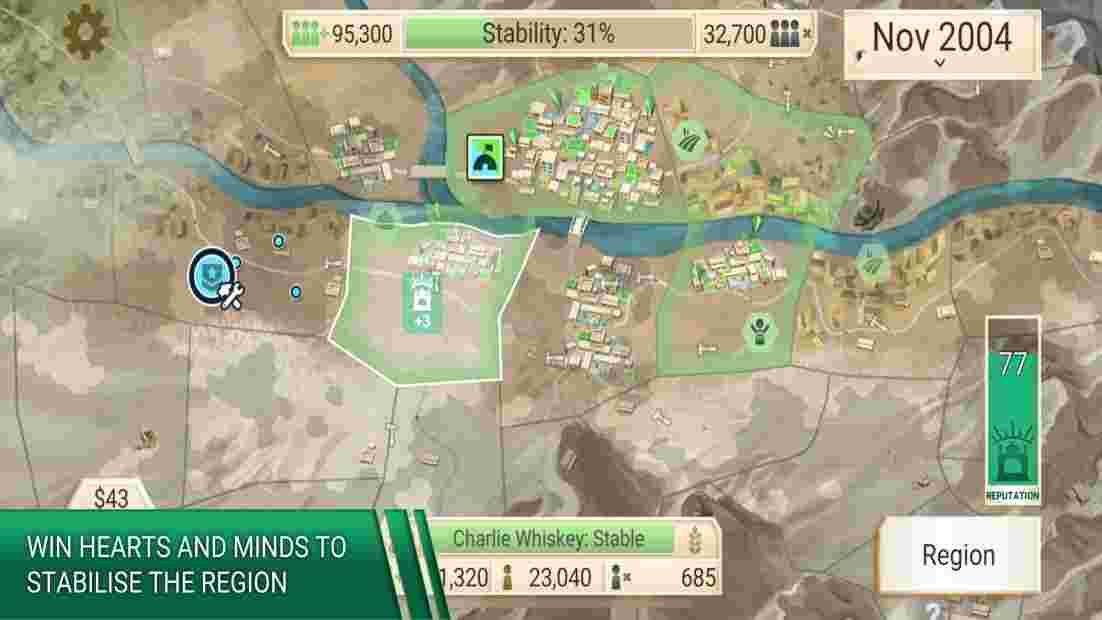 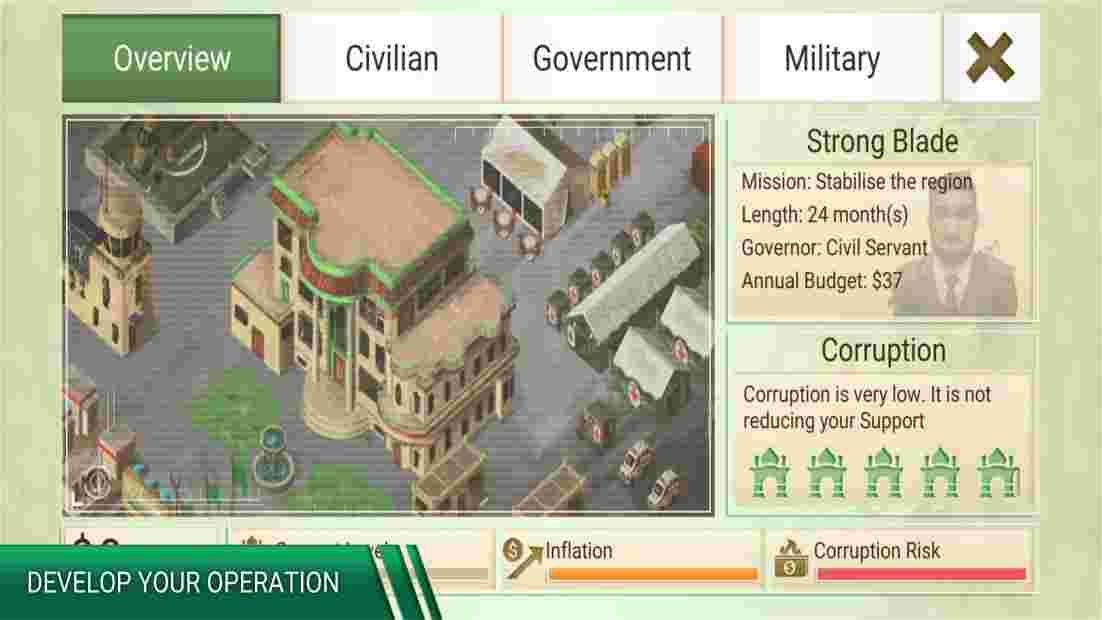