Rise of Kingdoms: Lost Crusade is a SLG strategy multiplayer game, which allows players to march freely on a map with hundreds of thousands of other players. Players can freely deploy their troops to mine minerals, collect food, and attack temples with players. The game includes PVE and PVP modes. Arrange your troops according to different enemy formations. Players can always retreat and ready to equip at any time to fight again if they encounter a powerful enemy.

1. You decide the battle strategy

2. Each commander is based on a historical figure, with restored character shapes and voice acting.

3. From the macro world map, to the mid-range rendering distance, to the micro city map, you can easily zoom in and out with just two fingers, you can enjoy the superb feeling of planning the world in the palm of your hand!

4. The city buildings in "Rise of Kingdoms: Lost Crusade" are freely planned, and each player can make a unique city layout.

1. It has an especially exciting battlefield, the players’s freedom is garunteed.

1. The game’s play style is very easy to learn.

2. The picture quality is realistic ultra-high definition, so the value of exploring the world and strategic significance will be more important.

3. High degree of freedom, so you can build your own city and army according to your own preferences.

1. The world chatting room are full of ads.

2. There is no limit to enemy kills.

Secondly, although you can choose your own style of civilization, heroes are not divided into countries, and there are marshals from various backgrounds and eras in "Rise of Kingdoms: Lost Crusade". The background of each commander is very detailed, and it is worth mentioning that the commander's voice is very attentive and follows his background.

Thirdly, compared with other games, socializing in "Rise of Kingdoms: Lost Crusade" is much faster and simpler. The system will also guide you to join the right alliance to experience the fun of multiplayer. In SLG games, socialization is the most important. Only by establishing connections between players, can they have the experience of being a true monarch.

As far as the current version is concerned "Rise of Kingdoms: Lost Crusade" is a relatively mature SLG game. With the background of different civilizations, great socialization and a very strategic battle experience, it may become a new model example in SLG games. 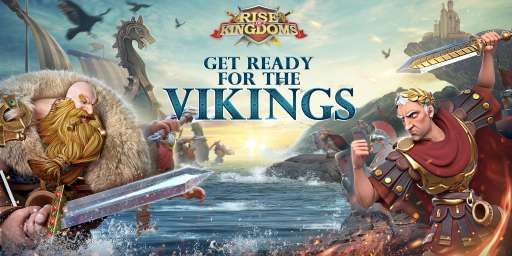 Get Rise of Kingdoms: Lost Crusade