Doodle Jump is an interesting and skillful game in which players have to make the doodle monster keep jumping upwards. There are fast-rising rockets and bamboo dragonflies on the way. In this game, the higher you jump, the higher your score is, and you can upload your score. It was released in March 2009. Doodle Jump has surpassed the 10 million download mark after more than 1 year.

At the same time, Doodle Jump allows you to choose different scenes to play. The number of scenes gradually increases as the game is updated. There are 10 versions to choose from: normal version, Christmas version, graveyard version, hunter version, cosmic version, soccer version, diving version, vampire version, Easter version, and snowy mountain version. Each scene has its own different characteristics. In normal version, it is only version with manual platform movement, flashing yellow platform that changes position once you jump, and flashing white platform that shows the next step only after you jump, players need to move the platform with their own hands until they can jump on it. So if you are interested in Doodle Jump, come and try it!

1. Control the character's movement, attack, dodge and other actions, you should take good advantage of different functions of the platform, sensitive reaction is also indispensable.

2. In addition to the same scene in many difficult levels are repeated, more practice will help you improve the results.

3. The game is a great test of the player's ability to operate and react, you have to focus on it to get a higher score.

4. You can choose different scenes to play. The number of scenes will gradually increase as the game is updated. There are 10 versions to choose from.

5. Use the gravity sensor to swing left and right to control the character, click the screen to shoot.

1. The gameplay is simple and interesting.

2. You can choose different scenes to play.

3. This is a fresh graffiti style game.

4. The picture is fresh and simple, and interface design is very beautiful.

Doodle Jump is one of the most popular and best-selling games on the App Store. Born in the early days of smartphones (it was launched on the App Store in April 2009). Just recently, Doodle Jump was updated again, this time with an interesting new map for players who have been with it for years.

It has pixel painting style and galaxy background. There are the same map elements, floating platforms, spring-loaded springboards and rocket jets. What I find difficult to understand is that while several games of the same period have maximized the value, Doodle Jump has kept a low profile and chosen to stay quiet, this four-legged monster seems to be unaccustomed to big scenes by nature. 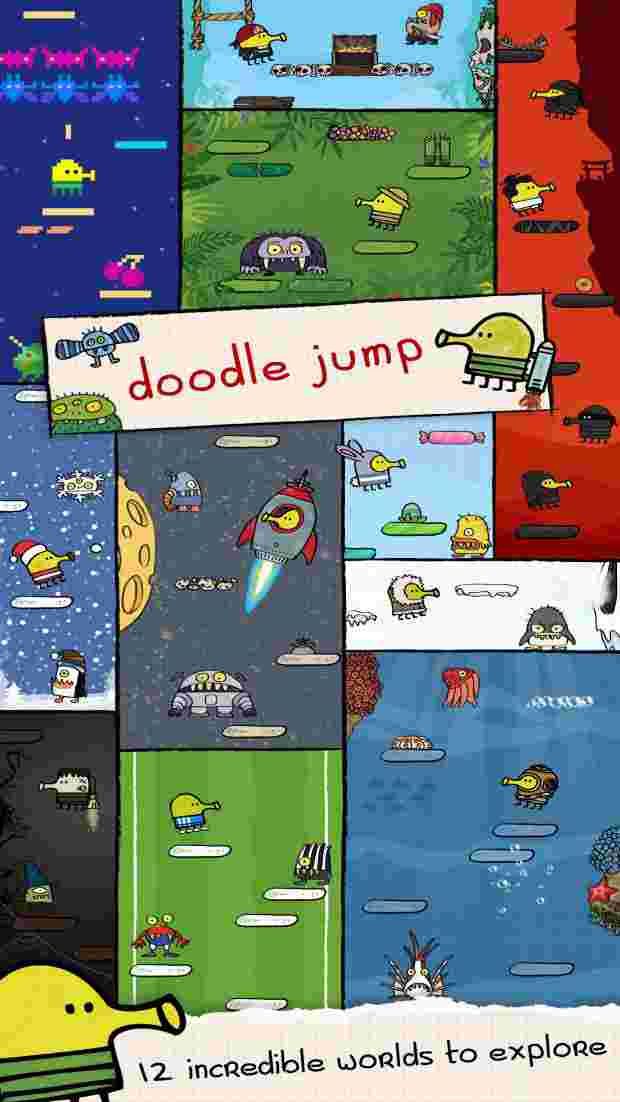 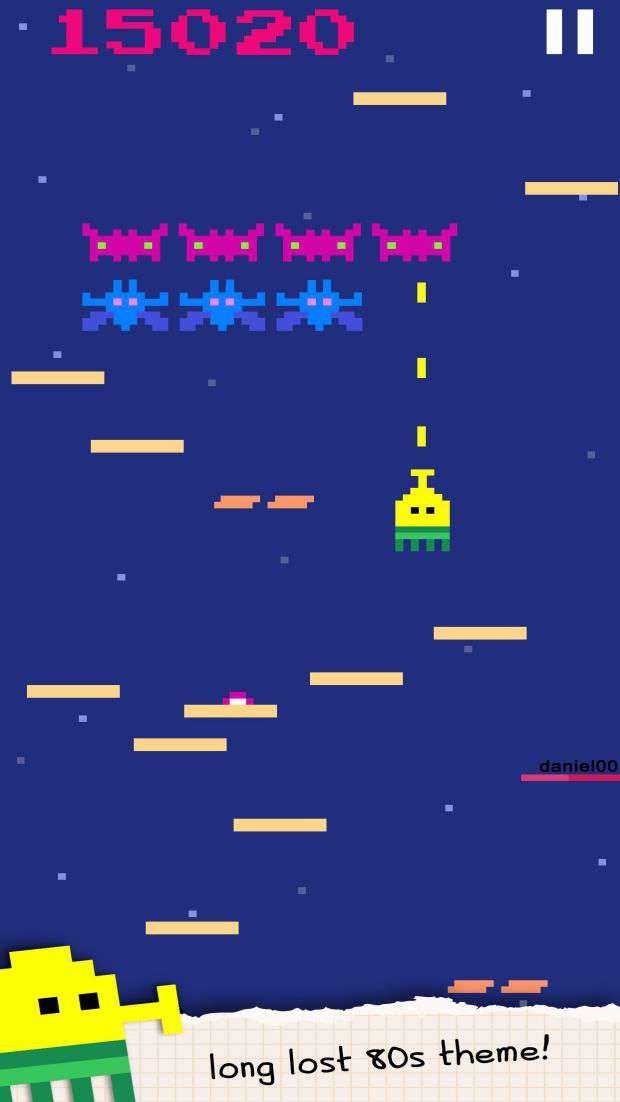 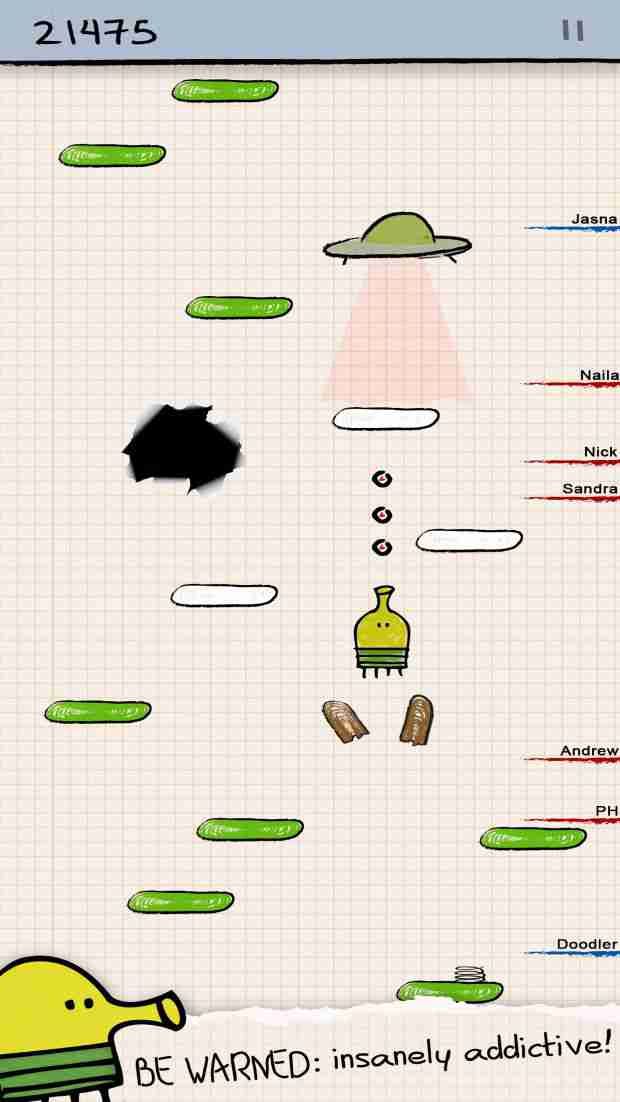 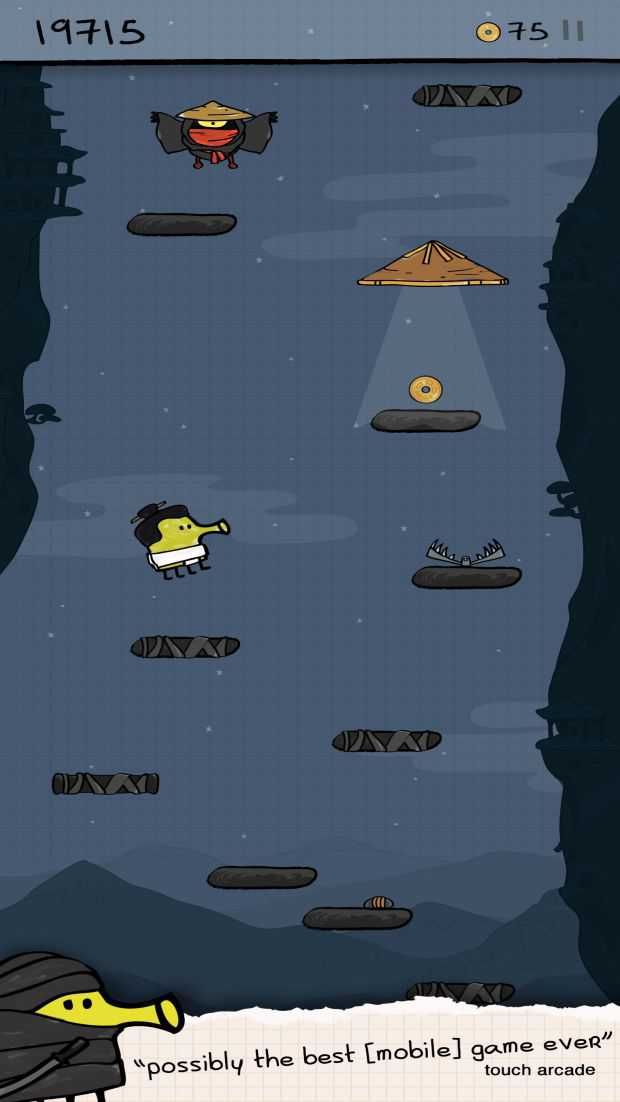 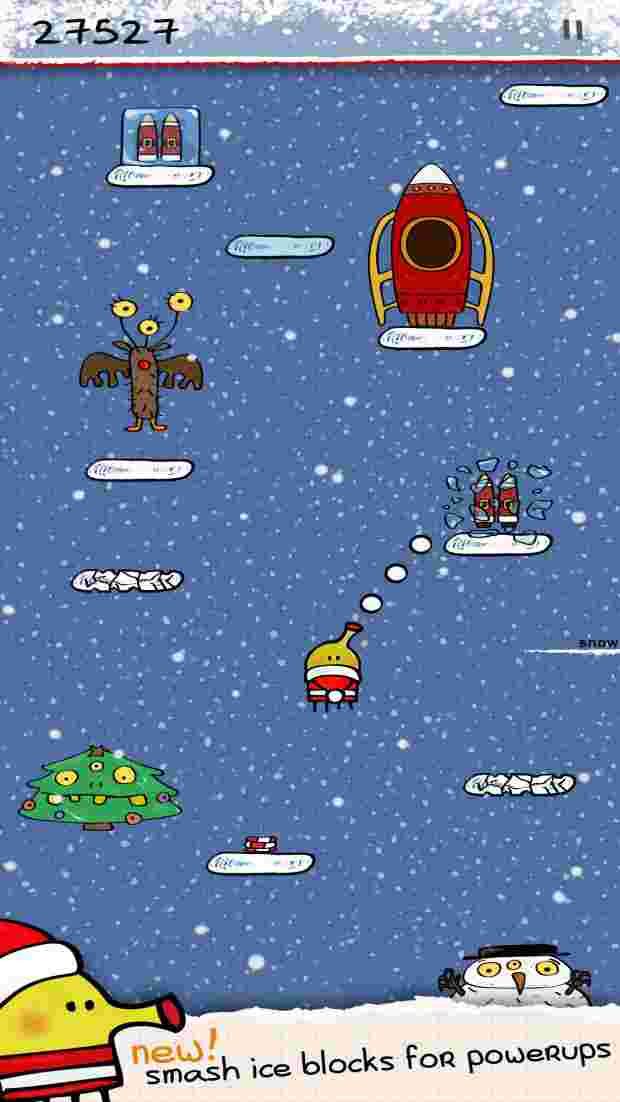 Disclaimer: The download address of Doodle Jump game is from the official application market of the iOS App Store and Google Play. It has been checked by didagame and will not contain viruses and malware.