Bloons TD 5 is a tower defence game that is perfect for spending time, there are no monsters, no blood and no fatigue in the game, you just need to zap the balloons, although it sounds a bit boring, but it feels very good after playing. It will spend hours to challenge other players. This game offers a variety of game play, bringing a lot of joy to players and becoming the best tool to spend time. Also, in this game all the soldiers can be obtained through levels to complete a variety of actions in the game so that the monkeys can guard the enemy attack and make their camp safer. If you are interested in Bloons TD 5, come and experience it!

Over 100 optimised upgrades to enhance each type of monkey tower or group of monkeys.

There are 3 upgrade routes - all monkey towers have 3 different routes to choose.

3. Players can experience a variety of game levels in the game, where they can show their tower defence wisdom and destroy all the enemies.

1. You can play this game anywhere - single player offline game, even without Wi-Fi!

2. Journey Mode! Fight on a series of 3 to 5 maps connected by themes, rules and rewards!

4. New game modes for each game difficulty, such as: restricted monkey, double blood and cruel rules.

5. Trophy Shop! Earn trophies to unlock dozens of cosmetic items to customise your own monkeys, balloons, animations, music and more!

1. This is a fun single player and multiplayer game. It's a little strange that the monkeys will pop balloons, but it's fun.

2. There is funny and lovely game picture and lively game music.

1. The game may crash; the only solution is to uninstall the game and reinstall it.

2. It does not automatically save your progress.

Compared to the previous few works, the graphics of "Bloons TD 5" is slightly better, but it still belongs to the monotonous 2D style, in addition to sliding the menu page appears a few game options, tower defence screen is bland and boring. Many friends may not want to play the desire to see the screen, but as long as you play the game, you will find that the game is actually extremely exciting.

The main part of the game is naturally tower defence levels. There are a total of 22 level maps in the classic mode, each of which is not repeated and has a different difficulty level. In the process of continuous defence, the monkeys can gain experience by attacking balloons and then upgrade their skills. Just spend the money you get in the game to instantly upgrade your monkeys' skills and make them more advanced.

To sum up, Bloons TD 5 is a great game, which is relatively easy to play. Thus, it is a good choice to take out to play at leisure. 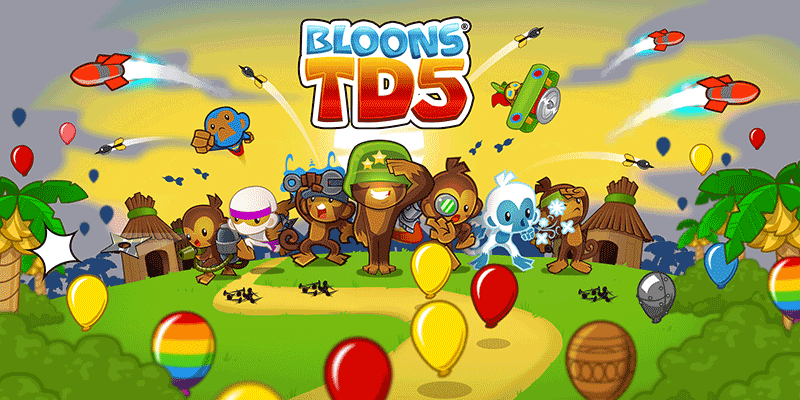 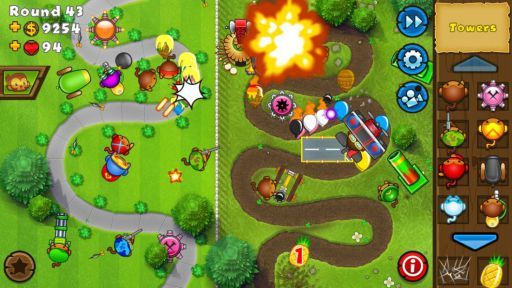 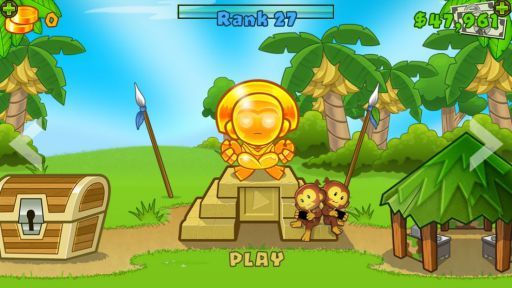 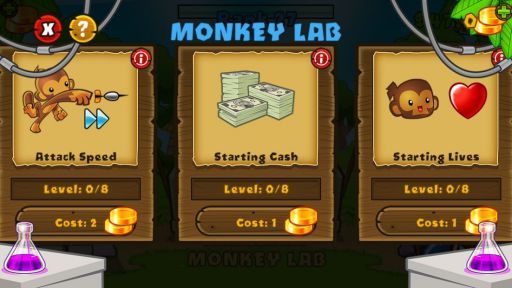 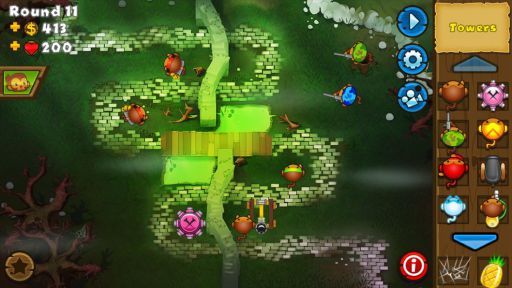 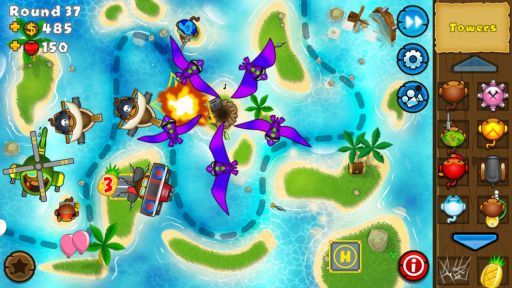