Spin the dice and compete with your best friends! YAHTZEE is a multiplayer board game featuring the most classic game mechanics, bringing you the most immersive and interesting entertainment. It’s all about rolling the dice and enjoying the company of your intimate friends.

1. As a multiplayer game, this game allows you to have fun with your family members and friends anytime and anywhere without any cost.

2. As one of the most classic board games, YAHTZEE adds the social interaction feature into the dice challenge, double the fun for players.

3. The game supports in-game chats with other players and you can even send stickers to enrich the content of your communication.

5. Plenty of rewards and bonus awaits you like an extra dice roll as a reward.

6. If you could defeat the dice master, you could gain extra custom dice.

7. A bunch of obstacles is waiting for you to challenge throughout different levels and there are also boosters and multipliers at your disposal.

8. New rewards could be unlocked if you could win the championship in the ultimate competition.

1. The new and breathtaking challenge of a multitude of tournaments offers you more excitement and enables you to see the game in a new light.

2. You can join different leagues and team up with different players in order to access more amazing prizes.

3. Social support is available in the game, making it possible for players to compete with not only their family members and friends but also random opponents worldwide.

4. There is a chance to win the biggest jackpot by competing with other challengers in real-time.

5. In the social buddy system, you can exchange opinions with your friends as well as send stickers.

1. The game features a bunch of content to enrich players’ gameplay experience, varying from custom dice, to special portrait frames, as well as themed game boards.

2. You can always find another player to enjoy the game with you, no matter whether he or she is your acquaintance or simply a stranger from another country.

1. Players might be unable to gain an extra chance to roll the dice even if they finish watching an ad, which is a waste of time.

2. The game freezes now and then, which is rather annoying for players in the mid of the gameplay.

If you are bored and wanna some fun with your friends, just try YAHTZEE--the classic board game. All it takes is to roll the dice and see where your luck will go. Generally speaking, the game is rather addictive and has lots of fun due to its rich variety of game theme selections as well as social interaction features. Players will never get enough of the game because the game could bring continuous thrills and a sense of achievement by engaging them in a multitude of theme games and tournaments. The challenges it sets on different levels would only make players want to overcome them by investing more attention and energy into the game. Social interaction features like the chat box function are also useful for players to communicate with each other. Therefore, the game is worth a try and it is recommended for people who like to enjoy the company of others. The game is free of charge despite the fact that there are indeed ads displayed. In sum, YAHTZEE, as a board game with easy operation and low entry for players, is an excellent and successful board game that has won the hearts of millions of players all around the world. 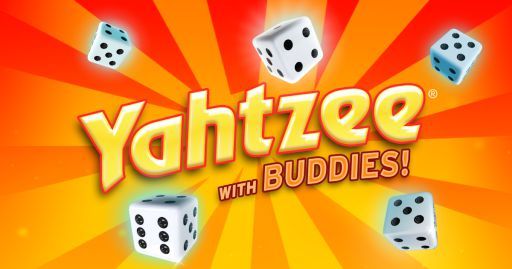 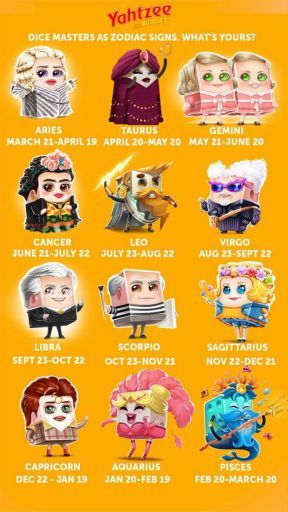 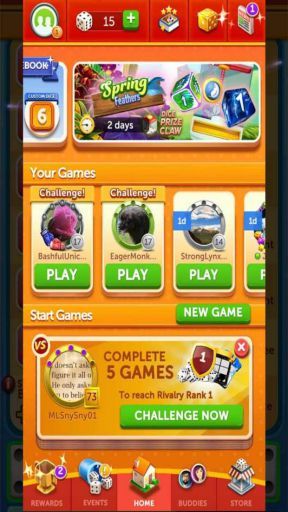 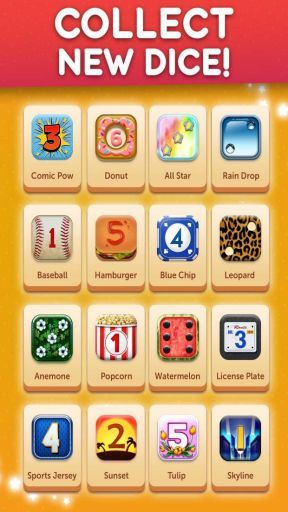 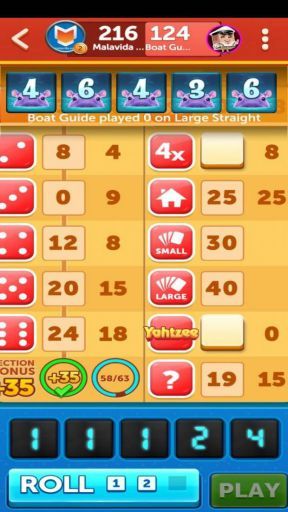 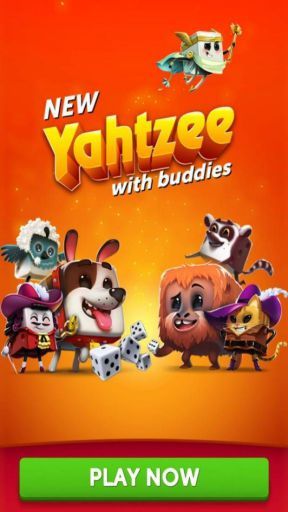 Get YAHTZEE With Buddies Dice Game